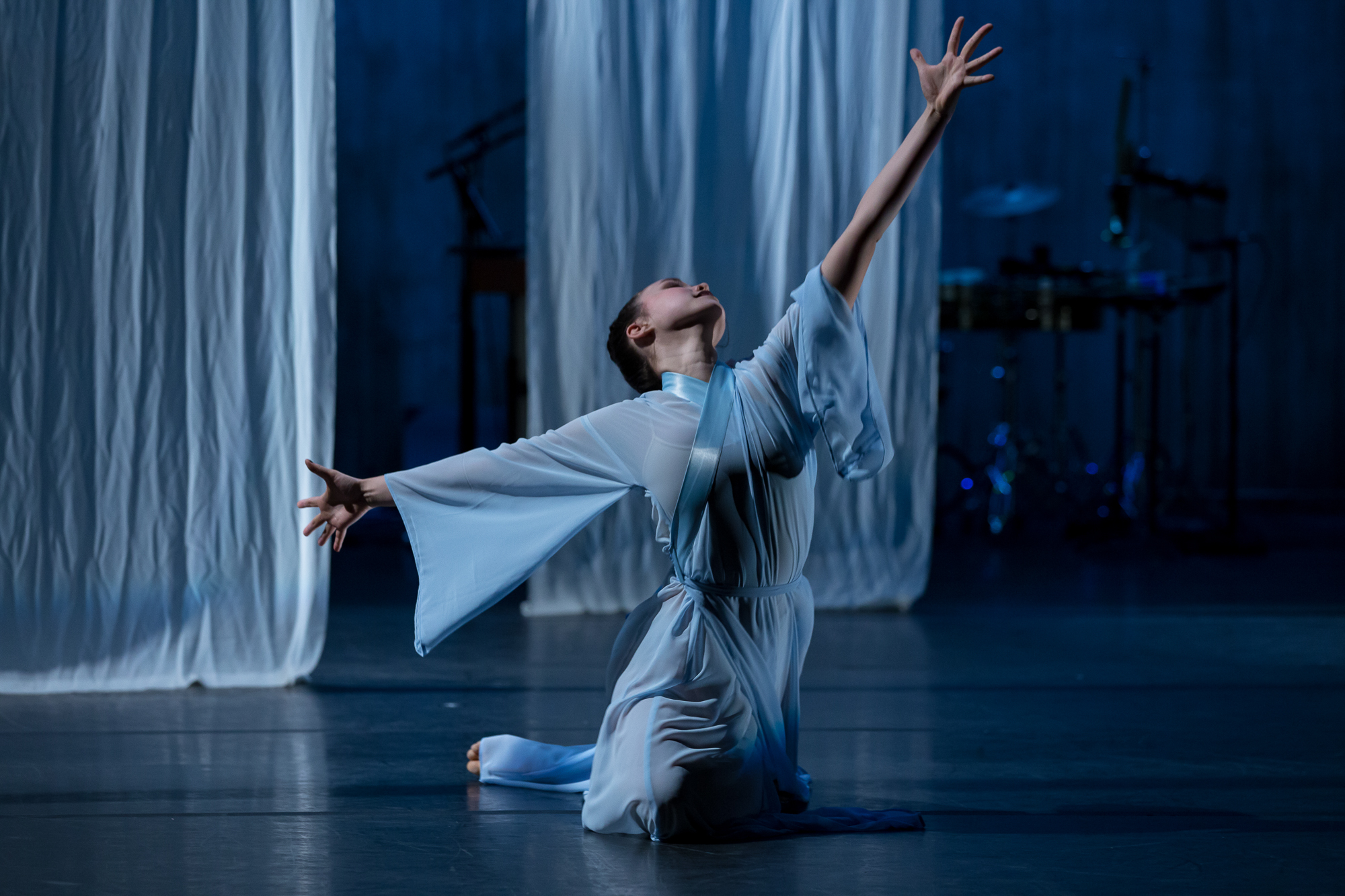 Just as we need food and water to to sustain our bodies, an artist’s creativity also requires a source of fuel. And as attentive as we must be about the quality of what we consume, there is a certain care that an artist must take when deciding what will drive their creative abilities forward. There is no magic diet pill to give you the body of your dreams. There is no magical solution to getting out of a creative rut. All we can do is try and listen to the needs of our bodies and minds and make the most of the resources around us to achieve the desired effect. That is the approach that Artistic Director of Spectrum Dance Theater, Donald Byrd, has taken in the creation of a three part choreographic series titled Rambunctious.

Donald’s resume includes so much more than award-winning dance choreography; it includes operas and theater works for world renowned companies including the New York City Opera and the Dutch National Opera. There is also a certain creativity needed to fund these numerous projects, and Donald’s consistent brilliance and work ethic has garnered grants and awards from many national foundations to support his work including the Ford Foundation, Rockefeller Foundation, New England Foundation, New York Foundation for the Arts and The National Endowment for the Arts. Between the countless dance, opera, and theater works, this incredibly accomplished choreographer and leader must continuously find new ways to keep the ball of innovation and creation rolling.

To find out more about Donald’s creative process, DancerMusic Dance Editor Kristi Licera asked for a behind the scenes look at Rambunctious 3.0: The Immigrants, which Spectrum Dance Theater will soon present at The Dance Center at Columbia College. Here’s what Donald told us:

I try to be respectful of the music. For me, the way to be respectful is to make an effort to understand it by listening with the intention of learning something about it – finding the impulse or sensibility that drives the aesthetic decisions the composer makes.

Kristi: The work that Spectrum Dance Theater is bringing to the Dance Center is the third iteration in the Rambunctious series. It is part of the immense and diverse body of work that you have created over the span of your career, which includes over 100 pieces of modern and contemporary choreography. On top of that, you have lent your talents to prestigious theater and opera companies from around the globe. Can you tell us more about how you approach creating a new work, and about your methods for staying inspired and challenging yourself choreographically? How did those methods inform the creation of Rambunctious 3.0: The Immigrants?

Donald: The way that I always approach choreography for the Rambunctious series has been through its music. As a matter of fact, the original program was sub-titled “A Festival of Music and Dance”. I try to be respectful of the music. For me, the way to be respectful is to make an effort to understand it by listening with the intention of learning something about it – finding the impulse or sensibility that drives the aesthetic decisions the composer makes.

The technique of working quickly and not second guessing myself is central to the creative process of the “Rambunctious” pieces.

For each of the Rambunctious series, the choreographies are all created during a two-week period. The two-week time frame was chosen for a couple of reasons. The first was to challenge myself, the other is financial. The financial constraints, and its relationship to time, is a reality that I must consider in my role as Artistic Director. How long can I afford to rehearse the dancers? How long can the creative period be? What are the costs? The positive of this is sometimes these limitations are exactly what is needed to push the creative process forward.

There are certain skills that I have learned to value as a choreographer. Working within time constraints is one. The ability to get the material out and just get it done is essential when one is working in the American system where time is money, as opposed to the system in Europe where time is less of a concern. The technique of working quickly and not second guessing myself is central to the creative process of the Rambunctious pieces. The festival served as an opportunity to hone this technique and hopefully produce works that have a high artistic value.

Kristi: With music playing such an integral part in your choreographic process, can you share with us the importance of the sound design and score for the Rambunctious series – particularly in the third section that Chicago audiences will be seeing? Can you shed some light on how you go about finding music for dance?

Donald: I have become pretty good at searching for composers online as well as seeking recommendations from composer friends. This process has certainly broadened my knowledge of American composers, especially living ones.

Rambunctious 2.0 focused on African-American composers. I started with music of a professor that I knew from my college days. From there I made a list of composers, but in doing so realized the list was biased – there were no female composers on the list. So, I went back and proceeded to look specifically for black female composers. The final list ended up being more balanced than it originally was and included a combination of male and female composers as well as known and not so well-known ones, all living.

For the program at The Dance Center, I will talk to the audience in between the pieces to create context. Originally, I had not planned on structuring the presentation in this way, but I want to help connect the audience to the work – to help create another access point.

Rambunctious 3.0: The Immigrants, which is the program we are performing here in Chicago, has music from non-native born American composers with an emphasis on composers from countries that America has had a contentious relationship with and were relevant during the 2016 election and debate cycle. The composers’ countries of origin include Iran, Russia, Mexico, Cuba, China; these are also all living contemporary composers.

For the program at The Dance Center, I will talk to the audience in between the pieces to create context. Originally, I had not planned on structuring the presentation in this way, but I want to help connect the audience to the work – to help create another access point.

Tickets are available online at tickets.colum.edu. To learn more about The Dance Center and this season’s programming, visit dance.colum.edu.

PHOTO CREDITS: All images courtesy of The Dance Center • All photographs of Spectrum Dance Theater by Jazzy Photo