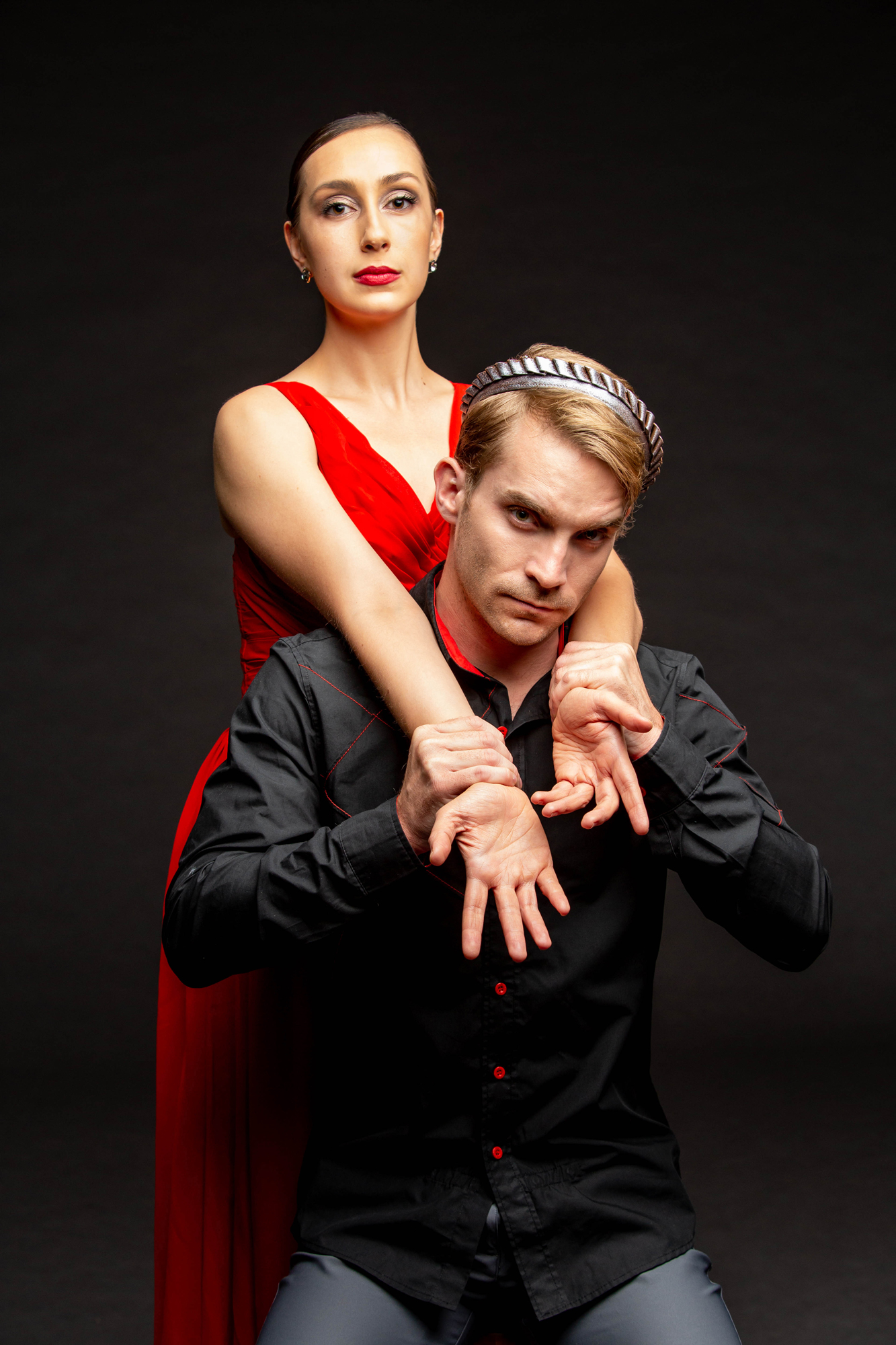 The Chicago Repertory Ballet (CRB) has been committed, since in founding 2011, to bringing the art of story-telling to the contemporary concert dance stage in tandem with an equal commitment to innovative choreography. On March 29, 30, and 31, 2019 — at the beautiful Antheneum Theatre in Chicago — we will see the dancers of CRB breathe movement into a classic Shakespearean story in their choreographically revamped production of MACBETH.

The dancers each bring a unique interpretation to the dynamic characters of MACBETH. Some are driven by motives of power, mischief, madness, or grief. They give life to this gut-wrenching story — and to the iconic phrase “Fair is Foul, Foul is Fair”, a resounding theme in Shakespeare’s Scottish tragedy — as the characters grapple with their own sense of judgment and morality. Deception and greed lurk in every plot twist, luring the audience into the action of this eerie and dramatic ballet. The story is told through the brilliant choreography of Wade Schaaf, the Artistic Director of CRB, along with a powerfully driving sound score and very striking projections.

The characters grapple with their own sense of judgment and morality. Deception and greed lurk in every plot twist, luring the audience into the action.

We were eager to find out how the technical elements of CRB’s production helped the murderous and mystical elements of Shakespeare’s story unfold. DancerMusic Writer Crystal Gurrola caught up with CRB Artistic Director, Wade Schaaf to get the inside scoop. Here’s what he told us:

The story is told through the brilliant choreography of Wade Schaaf, the Artistic Director of CRB, along with a powerfully driving sound score and very striking projections.

Crystal: In Shakespeare’s tragedy, Macbeth, much of the action actually occurs offstage and the characters come rushing on stage to verbally recount the events in the thickening plot. You’ve taken on a great challenge with Chicago Repertory Ballet — to take a dialogue driven story and to tell it only through movement. What elements have you incorporated into your production to overcome this challenge in order to make this Shakespearean classic understandable through dance?

Wade: When I first began my study of the source material, I did find that this would be a major challenge in telling the story, as it is true that much of the action in the play takes place “off stage”. For instance, when we find out about Lady Macbeth’s death at the end of the play, another character comes in to deliver the news to us. The audience doesn’t actually see the event occur. At first, I really struggled with this idea, until it became obvious to me: I had a big opportunity in front of me. I could SHOW the audience these moments. I had the opportunity to write my own Shakespeare and allow the audience to be with Lady Macbeth in her last moments. This became a wonderful solution for me in re-working the ballet as I had the opportunity to include the audience in these beautiful moments.

Crystal: This production premiered at Ruth Page Dance Center in 2016 and has been reworked for the upcoming performance the Anthenaeum Theatre. What about this story inspired you to revisit it and what has changed since 2016?

Wade: Honestly, I’m just in love with this story. I find the arc that each main character takes in the play to be a riveting journey. I’ve been eager to produce this ballet again since it closed in 2016. There are quite a few changes since the premiere of that ballet, about which I’m rather excited. Namely, we have a roster of new dancers since the 2016 production. This time around I was very concerned to choreograph to the bodies in front of me. Choreographically there have been a lot of changes to the work so that I could not only challenge the dancers I have in the company, but also to showcase them. As well, my designers including John Pobojewski at THIRST design have been reworking their original designs. Consequently, I think there will be many new experiences for the audience in this new production.

I find the arc that each main character takes in the play to be a riveting journey.

Crystal Gurrola is a dancer and choreographer. She has danced in Chicago, New York, and Japan, and is a Company Member with Hedwig Dances.