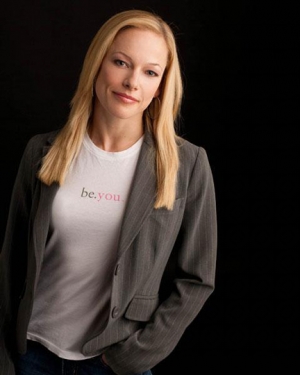 Lizzie MacKenzie has been a lot of different places as a dancer, both literally and artistically. She performed with the iconic Giordano Dance Chicago for five years, touring the world, landing on the cover of Dance Magazine, and learning Jazz Dance at one of the world’s centers of the art. She’s an award winning choreographer, the founder and Artistic Director of one of the country’s most respected youth companies, Extensions Dance, and she shows up in magazines and online media as a model for Leo’s Dancewear and for Illinois Theatrical. Jazz Dance? Yes, and Contemporary, working closely with choreographers from Laurie Stallings and Robert Battle to James Kudelka and Harold Maceldowny, not to mention her current work with Ron de Jesus Dance Company, Chicago Repertory Ballet and numerous performances with the Chicago Symphony Orchestra.

That would be enough experience to give anybody an unusually complete perspective on a dance company, but there’s one more significant part to Lizzie MacKenzie’s bio: for six years she performed with River North Chicago Dance, whose Fall Engagement at the Harris Theater for Music and Dance is this weekend, November 16th and 17th. The program is entitled MOMENTUM, and it promises to be the kind of lush and lucid ride through a uniquely River North landscape that the Company always manages to put together. Lizzie MacKenzie has a really good idea of how they do it.

“Part of River North’s mission is to produce accessible dance,” MacKenzie says. “They’ll have a couple of more conceptual pieces in each show, but they always balance them with other works that are more directly engaging to a broader audience. It doesn’t leave anybody leaving the auditorium feeling like they didn’t get it.” Much of that comes from the experienced and expansive perspective that Artistic Director Frank Chaves, celebrating his twentieth anniversary with the Company, brings to the process. He does it in part by attracting an exceptional mix of talented choreographers, often very high profile and forward-leaning, to complement his own successful creations.

MOMENTUM is a typically imaginative mix. Chaves himself has two works in the program, “Forbidden Boundaries”, and a new piece called “The Good Goodbyes”, a work for seven dancers in three movements, set to an original piano score by Josephine Lee. There’s a world premiere by NY2 Dance founder Nejla Yatkin (a solo entitled “Renatus” and performed by Jessica Wolfrum), and Robert Battles’ “Three”, which MacKenzie describes as “a great piece, a men’s trio — super powerful, super athletic, and very Robert Battle.”

Adam Barruch also has a world premiere in the program, “I Close My Eyes Until the End”. MacKenzie, who worked with Barruch a couple of years ago in Montreal, is very much looking forward to it. “I’m really excited to see that work, he’s super creative, he has a really strong modern base but he can be very theatrical as well,” she says, adding, “I know the dancers loved the process, they loved him, and they love the work.” That’s not all, not by a long shot. The Company is bringing back two of the tangos from Sabrina + Ruben Veliz’ “Al Sur del Sur”, and Ashley Roland, Co-Artistic Director of Body Vox, contributes “Beat”, a solo that can be performed by either a man or a woman. MacKenzie has seen it performed by Ahmad Simmons, who reprises it in MOMENTUM. “He’s super athletic, he has a great movement quality and a terrific through line to his movement,” she says. “The solo lends itself to different aesthetics and different dynamics, and he’s really adept at capturing a plethora of possibilities.”

Dance companies are like rock and roll bands in a lot of ways; each has a unique persona that may not be easy to characterize, but somehow embodies the multiple individual artists who make it what it is as they work, practice, travel and perform together again and again. River North is probably more like that than most, because they tour like crazy and then they go out again; the Company is booked all over the country well into 2013. That’s part of what makes them able to combine such divergent and forward-looking choreography into successful shows. They have so much experience working with presenters in so many places, and then tailoring their shows to the sensibilities of different audiences around the world, that they just seem to know what works. Of course, the massively gifted dancers that make up the Company and move like they were meant to dance together have a lot to do with that as well.

Lizzie MacKenzie may have one more insight to share about why it always works so well. “One of the things that makes River North so recognizable is that everybody who leaves a River North performance feels something. It’s a really nice community, a really nice organization, and that comes across when you see them perform.”

INSIDE: Dancing to Dream